A new report from the Global Wind Energy Council highlights the continued advance and commercial viability of wind energy around the world.

Wind energy will form a crucial part of the ambitions laid out in the Paris Agreement, the UN climate change agreement signed in 2016, which aims to ensure the unavoidable rise in global temperatures is constrained to below 2°C through positive action by government and industry.  To achieve this goal, the renewable share of the world’s energy supply must rise from 15% today to 65% by 2050[1].

The GWEC report highlights many reasons to be positive.  Economic reality is advancing wind energy’s cause far more effectively than any public relations campaign could hope.  In North and Latin America, North Africa, and India, tenders are being submitted at US$ 0.03/kWh, while a recent tender in Mexico dipped below US$ 0.02/kWh.

Indeed, “today wind power is the most competitively priced technology in many if not most markets worldwide[2],” according to GWEC. It adds: “Wind power is in a rapid transition to becoming a fully commercialized, unsubsidized technology; successfully competing in the marketplace against heavily subsidized fossil and nuclear incumbents.” 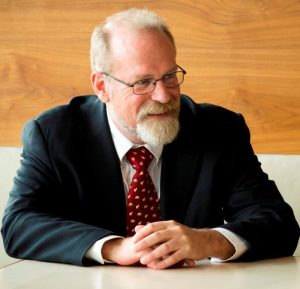 Steve Sawyer, secretary general of GWEC, says: “Wind power is leading the charge in the transition away from fossil fuels, and continues to blow away the competition on price, performance and reliability.

Both onshore and offshore, wind power is key to defining a sustainable energy future[4].”

Several countries are making significant wind energy advances.  Denmark, for example, generated 44% of its 2017 electricity from wind as well as adding a further 342GW of installations[5].  Uruguay used wind to generate more than 30% of its electricity, while Portugal, Ireland, Spain, and Germany generate approximately 17%-25% of their electric power through wind. 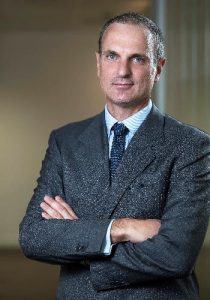 ves several advances are contributing to the positivity surrounding wind energy.  He said: “There’s no doubt the wind sector is very competitive.  We saw that in the public tenders of 2017, where the trend towards ever lower cost of energy was confirmed.  Equipment performance and capacity has increased substantially, while installation, operation and maintenance costs have been reducing, which all contribute towards a more competitive pricing.

“In lots of tenders, wind and solar must compete against each other – and wind has shown now that it can compete.  Wind energy is definitely cost-competitive and, in some cases, it is more competitive than conventional energies, so it can compete in the tender process without any subsidies.”

Building a future based on innovation and efficiency

Although the drive towards ever lower tender prices is adding new pressures on developers, Andrea remains positive. “Lower prices put pressure on returns.  But that’s not necessarily bad,” he says. “It forces everybody to become more efficient.”

He adds: “It forces creativity and efficiency not just from the developer or investor, like FRV, but all the stakeholders – from landowners, technology suppliers, investors and sponsors through to advisors and lenders.  FRV isn’t afraid to compete, and we think wind becoming a mature and less-subsidized industry is a positive development.

“As we develop our own projects, we’ll have to become even more competitive and even more efficient.  But we’ve been developing projects for the last 11 years, so we’re probably in a good position to tackle this challenge and really pursue efficiency in everything we do.”

Analysis from GWEC suggests that global wind installations will show a marked increase in 2019 after a relatively stable 2018.  “It’s very hard to predict, because it’s closely linked to global policies,” says Andrea.  “But it is our expectation that installations will pick up again in 2019, particularly in developing countries like India and China, and mature regions with new targets, such as Europe, which is currently setting its goals for 2030.”

The rise of wind power is not restricted to any single area: it is a worldwide phenomenon.  In 2017, every region of the world made significant progress on its total wind installations.  The installed capacity of Africa and the Middle East rose by 15.9%.  In Asia, it jumped by 12%, while Europe (up 10.4%), Latin America (up 16.8%) and North America (up 8%) also made considerable developments in their wind generating capabilities.

“India is another market with great potential for wind energy,” says Andrea.  “It is extremely competitive and there are now many experienced and well-established local players.”  Although profit margins are tight for overseas operators and the Indian regulatory landscape is complex and highly challenging, Andrea says that FRV has discussed partnership opportunities with Indian turbine manufacturers and will continue to track possible entry points into the Indian market.

Another area of significant potential highlighted in the report is Latin America, and particularly Argentina.  “If the [Argentinian] market continues to develop as it has over the past two years,” says GWEC’s Annual Market Update 2017, “there will be more investments to come.”[6]

FRV is one of a number of major players sizing up opportunities in the country: “We’ve been watching closely how the renewable market is coming up there,” says Andrea.  “The capacity factor in certain areas of Argentina is just amazing compared to the rest of the word.  In the southern part of the country, you have constant stable and strong winds throughout the entire year.  The things that need to be considered carefully, however, are the returns and the bankability.  We’ve seen that financing is available, especially for wind projects, but the level of returns is not as high as in some other markets.”

FRV is also increasingly active in the wind energy markets of other countries in Latin America.  It already has a presence in Chile, where it is developing a hybrid solar-wind project to generate 540GWh per year[7], and is actively following potential opportunities in Colombia, Peru and Uruguay (which increased its total wind installations by 295GW, or 24.4%, in 2017 alone[8]). 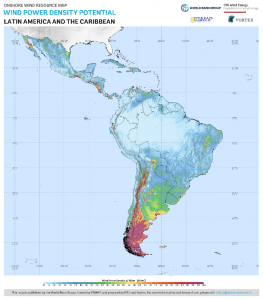 think the combination of solar and wind is definitely going to become more common in the future,” says Andrea.  “Solar and wind work very well together: solar has a daily production, while wind – in many cases – can complement that with night-time generation.

It provides you with a 24-hour generation core, which is normally preferred ahead of day-time only facilities.”

As part of Abdul Latif Jameel Energy, FRV is also looking to the positive impact it can have on Saudi Arabia, its citizens and its communities.  While the country’s solar power potential has long been acknowledged around the world, Saudi Arabia also enjoys ideal conditions for wind energy plants.

In the northeast and central regions, as well as those near mountains in the west, wind energy plants have the ideal environment in which to operate profitably.  At all three locations, average wind speeds are 33% higher than that needed for the commercial success of a wind installation[9].

Andrea explains: “In Saudi Arabia, the National Renewable Energy Program sets out the government’s ambitions very clearly. It is determined to diversify from its reliance on oil as a source of energy, which makes it a very good investment environment for renewables.

“We’ve been analyzing both the solar and the wind tenders that were issued during 2017, and we’ll continue our analysis and assessment of the market.  We’re watching closely all the programs that are being issued by the Saudi Arabian government through its Ministry of Energy.”

There are plenty of opportunities elsewhere in the Middle East and across Asia, too, he says, such as Lebanon, Pakistan, and Egypt.  “We’ve seen that the Council of Ministers in Lebanon has approved a new round of wind projects.  Pakistan also has a very attractive market, and we’re aware the authorities there will soon launch a new wind power tender.  That’s something we’re analyzing closely.” 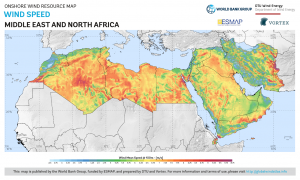 Whether it is in Latin America, the MENAT region, or elsewhere, FRV is clear about its ambitions.  “So far, our wind energy pipeline has around 1.1GW in a very advanced stage: the land is secured, the wind measurement campaign has already launched, a wind mast is collecting wind data, and inter-connection and environmental pre-feasibility studies are performing,” explains Andrea. “We’re at that stage in Mexico, for example, and in the coming months our target is to consolidate our pipeline in Mexico and make sure we’re in position to bid in the coming wind tender.

“In Chile, we have around 140MW in a project under development, and we’re also securing 100MW in Europe and finalizing a joint development agreement. 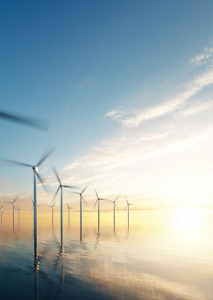 According to the Annual Market Update report, “The emergence of wind/solar hybrids, more sophisticated grid management and increasingly affordable storage begin to paint a picture of what a fully commercial fossil-free power sector will look like[10].”

Through Fotowatio Renewable Ventures, Abdul Latif Jameel Energy will be at the forefront of this clean energy revolution, benefiting citizens and communities in Saudi Arabia, the MENAT region, and the rest of the world. Shuqaiq 3: investing in the future

Santiago Martínez, Almar Water Solutions discusses why water structure investment is a vital issue, and how Shuqaiq 3 IWP fits into this picture. ...