What are the key elements of Industry 4.0, how can Lean digitalization provide a better business environment for all?  What are the common pitfalls for businesses embarking on digital transformations?  We talk to the consultant team from Lean Management experts, Four Principles, to take a closer look.

Successful businesses continually strive to boost speed, efficiency and profits by optimizing their increasingly complex operations — regardless of industry.

But to stay ahead in today’s fiercely competitive business environment, firms face ongoing pressure to deliver gains in productivity, quality and, probably most importantly, customer service delivery.  In recent years, the term ‘Industry 4.0’ has come to represent the next wave of opportunities for the most ambitious businesses looking to leverage new technologies to optimize their performance.

Industry 4.0 represents the fourth significant upheaval in modern manufacturing, following the introduction of mechanical manufacturing systems in the late 18th Century, mass production and electrical energy in the 20th Century, and electronics-driven automation in the 1970s. 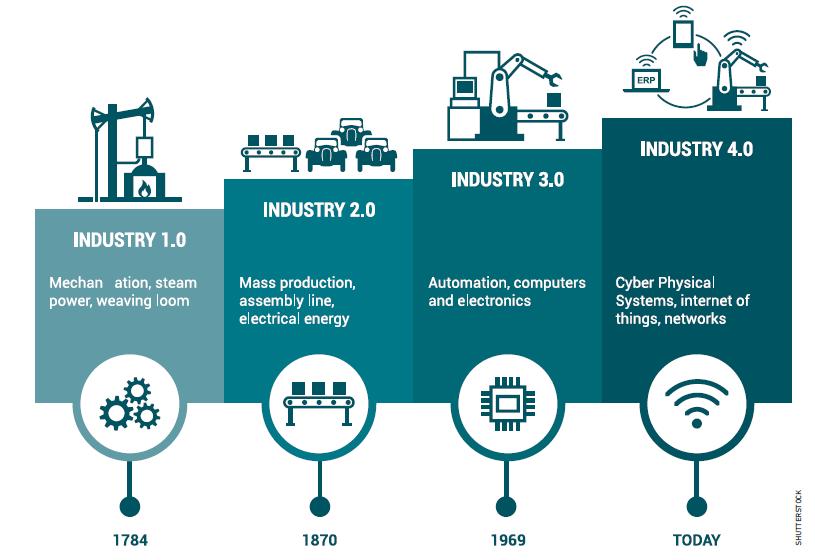 The vast majority of the disruptive trends encapsulated in Industry 4.0 are related to advances in digital technologies.  It is driven, according to McKinsey, by “four disruptions[1]”:

Industry 4.0 represents a step-change in the way businesses view and implement technology in every sphere of their operations, with the potential to deliver considerable gains in efficiency and performance.  But that’s not the end of the story.  By combining the technology-driven potential of Industry 4.0 with performance-focused Lean Management principles, businesses can potentially unlock even greater improvements and considerable competitive advantages.

The Boston Consulting Group (BCG) recommends that a combined approach is by far the most beneficial: while independent or sequential introductions of Industry 4.0 and Lean principles carry some benefits, “in most cases, the integrated application of lean management and Industry 4.0 — which we call Lean Industry 4.0 — is the most effective way to reach the next level of operational excellence[2]”.

That difference is “because the integrated approach allows lean management and Industry 4.0 to be mutually enabling,” meaning its improvement potential is greater than the sum of the improvements achieved by either approach on its own[3].

Lean principles advocate “the creation of a strong culture focused on the maximization of client value while minimizing waste, aiming to maintain alignment of efforts toward clear business outcomes through the disciplined use of metrics[4].”

When this approach is combined with the vast digital levers of Industry 4.0, ranging from digital performance management and remote monitoring to smart energy consumption and predictive maintenance, there is huge potential to create value by generating improvements in quality, asset utilization, time to market, and management of resources and labor.

The use of advanced analytics alone, according to McKinsey, could enable most companies to improve gross margin by 30% within just two years[5].

Key areas where businesses have applied this approach to achieve exponential gains include:

To successfully capture the benefits of Industry 4.0 and its related digitalization, companies must transform the way they do business — it is not just a matter of bolting on new technology.

“By the time a transformational force such as Industry 4.0 becomes fully obvious, it’s nearly too late.  It’s imperative that companies act now — waiting too long could significantly hinder growth and profitability.” 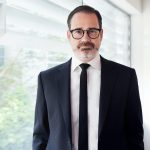 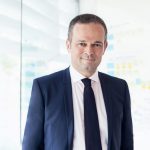 Lean management is designed to deliver operational excellence and is highly relevant in the context of Industry 4.0.  “Manufacturers striving to optimize their operations by adopting Industry 4.0 trends can do so most effectively by integrating Lean management principles,” says Stefano Gaspari, Principal Consultant at Four Principles. “We believe this holistic, two-part approach generates the most impact and captures the greatest benefits. Mutual enablement promotes benefits beyond Industry 4.0 alone.”

Proven principles of Lean thinking are fundamental in effectively implementing Industry 4.0.  For example, successful digitalization requires transformational thinking throughout the organization — not just in the IT department.  By assessing entire value chains, removing waste, launching and learning from flagship pilot projects, and supporting continuous innovation through the creation of new behaviors, Lean considers the company as a whole.

As companies stand to capture noteworthy benefits from Industry 4.0 advancements in automation, Lean’s deep industry history — tracing back many decades to the Toyota Group, and even before to Henry Ford, who is credited with creating the first rudimentary lean manufacturing process — is particularly relevant.

In the Lean lexicon, ‘jidouka’ represents the combination of automation and human intelligence or, in other words, automation with a human touch. 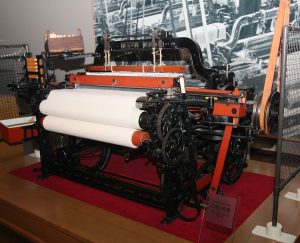 Jidouka is a key pillar of the Toyota production system and traces its roots to the early 1900s, when Sakichi Toyoda invented a simple mechanism that could detect a broken thread and shut off an automatic loom.

The invention empowered one operator to oversee many looms while upholding high quality standards.

With jidouka in the modern world, an automated machine is enabled to detect a problem, communicate it, and stop the production line.

The human manager then fixes the problem, and improvements are incorporated into the standard workflow.  Under the jidouka model, no defective products are manufactured, since the line stops — and a single operator can monitor multiple machines, since they are designed to stop automatically, which results in drastic improvements in productivity.

In the digital world, software integration now allows companies to analyze masses of data in real-time, including production status and energy consumption.  These advancements in automation mean resources are quickly redistributed, which saves costs and makes production systems more flexible.

For example, mechanical engineering company Bosch Rexrothis is building a ‘factory of the future’, where everything is connected from field level to cloud-based IT systems.  Sophisticated software solutions collect, transfer and process data from automated manufacturing processes for humans to analyze and optimize.  The company places humans at the center of its efforts as users, designers and decision-makers.  This constant exchange of information fosters intelligent collaboration and flexibility.  Ultimately, this benefits Rexroth customers, who enjoy lower unit costs and the economical production of batch sizes as small as one item.

“I think we can expect superb products of enormous variety and flexibility–not just for manufacturers, but for their customers in turn.  What’s more, it will be increasingly possible to make these products to a very high quality and under very economical conditions.  One more thing.  In a world of up to 10 billion people, customization will be the big unique selling proposition–and the Factory of the Future will make it possible”.

Rolf Najork, Chairman of the Executive Board, Bosch Rexroth

Industry 4.0 and jidouka are not limited to manufacturing settings.  Seattle-based nonprofit regional healthcare provider Virginia Mason employed jidouka to integrate barcode medication administration (BCMA) technology into the nursing workflow with minimal disruption.  With BCMA, a nurse scans the barcode on a patient’s wristband to verify the patient’s identity, then scans the bar code on the medication to ensure the correct medication is being administered with the proper dosage, technique, and timing.  While the barcode provides valuable information, the nurse holds the ultimate decision-making power.

When it comes to adopting Industry 4.0, the time-tested principles of Lean, such as jidouka, offer an important foundation for success. McKinsey argues that “Industry 4.0 will be less a revolution than a valuable (and welcome) evolution, making next-horizon productivity gains possible and mirroring developments that have unfolded in the manufacturing environment for more than a century[14]”.

If your company is ready to embark on a transformational digital journey, Four Principles can deliver tangible Lean management expertise that is trusted by business leaders as far afield as Morocco, Egypt, China, Ireland, Spain and Switzerland.