J-WAFS in action – revisited Superheated steam, but not as we know it

It is almost three years since Gang Chen, the Carl Soderberg Professor in Power Engineering and Head of the Department of Mechanical Engineering at MIT, received J-WAFS Solutions funding for his project ‘Floating, Heat Localizing Solar Receivers for Distributed Desalination’.  Opening Doors caught up with him in Boston to see how the project has progressed and learn more about the potential impact of his groundbreaking research.

Q:  Between September 2016 and August 2017, you were investigating the possibilities of clean water production from seawater at low capital costs.  How has that research evolved, and what are you working on now?

Gang:  We are trying to create a method of using solar energy to generate super-heated steam – that is, steam heated to more than 120 degrees Celsius, rather than the normal 100 degrees atmospheric boiling point.  At over 120 degrees, the steam can be used in sterilization applications.  We have an interest in a wide range of issues: desalination, wastewater treatment, industrial processes, cooking, and sterilization.  A lot of industrial and food processes also need higher-temperatures.  Not all of these require super-heated steam, but it is particularly useful for applications like sterilization.

Q:  Can you describe the solution you’ve come up with? 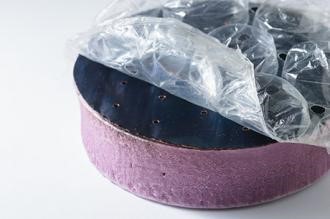 Gang:  To create super-heated steam from sunlight, people will typically think of optical solutions, such as lenses or mirrors, to concentrate sunlight; but these techniques can be both costly and complex.

Instead, we are developing a significantly lower-cost approach centered on an ‘absorber’, which is basically a piece of metal coated with a film.  The technique is already commercially available, as it’s often used in solar-powered hot water systems.

To start with, the device is place over a basin of water and inside a polymer enclosure.  This keeps heat loss to a minimum.

The other issue we’ve had to tackle is degradation from contaminants found in the water or biofouling.  Our original research used devices floating on water surface, which could suffer from biofouling, but now our device is suspended just above the water’s surface, avoiding this issue.  The device is about the size of a tablet computer and has three layers: on the top, the metal ceramic composite surface absorbs the sun’s heat; below that, a foam-like material catches and further heats any steam created before it is channeled away through an exit tube.  And below that, on the bottom layer of the device, is the element closest to the water.  This is the part of the device that emits infrared heat to the water below it through a black coating on the surface. Vapor is generated from water surface and enters the foam-like materials. 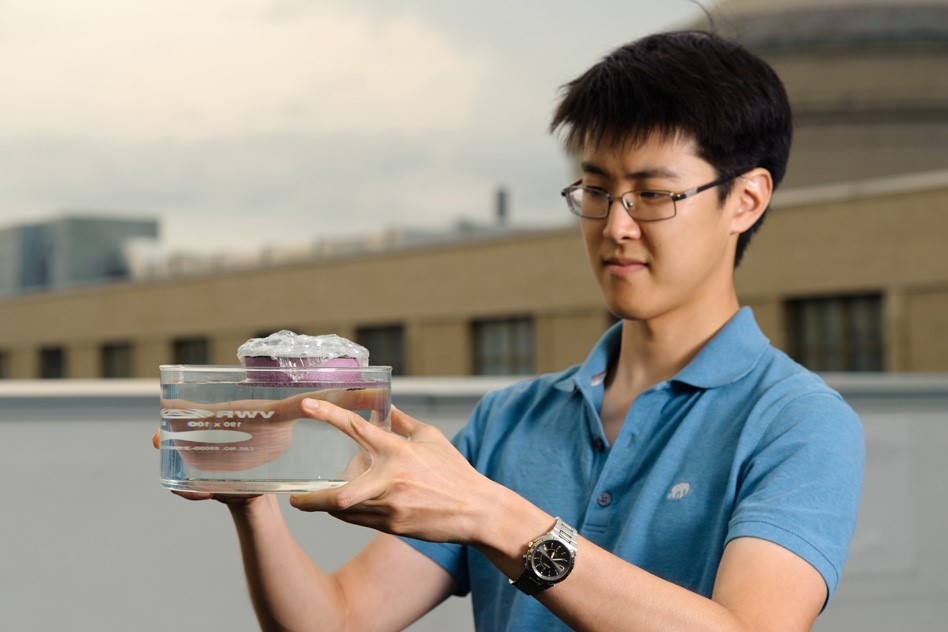 The foam is in contact with the other side of the channel, which is coated black and radiates infrared heat to the water.  While water does not normally absorb visible wavelengths in sunlight, it is a strong absorber of the infrared wavelengths radiated by this hot object.  As a result, the water’s surface gets hot, helping it to generate vapor and eventually steam, which rises into the device.

At this point, the generated steam is still only at about 100 degrees Celsius.  But when it rises towards the hot absorber itself – which is already well over 100 degrees – it is further heated, creating the super-heated steam we’re looking for in the device’s middle layer.

The channel between the top and bottom layers enables us to direct the generated steam through a tube to wherever we need it.  The beauty of this system is that it is completely passive: once the device is built, it requires no further input in order to start and continue absorbing sunlight.  So, low maintenance and low cost.

Q:  Where could this solution be applied?  If you can get it to market, what is its potential impact?

Gang:  That’s a good question.  When we started this research, we thought about potential applications in desalination, wastewater treatment, industrial steam, or sterilization.  These are all still possible.  We’re studying at the moment to see where the most appropriate entry market is for this technology.  It could also be used to supply hot water to households, but each of these potential applications needs to be evaluated in terms of its own financial viability.

Q:  Your current device is about the size of a tablet computer.  Is there scope to increase that, and develop something on a much larger scale?

Gang:  We’re in the process of trying to make a larger-scale system.  The technology is simple enough, and we don’t really see a roadblock for scaling it up.  Our issue is that we work at a university, so we simply don’t have the space for that kind of large, utility-scale project.  Hopefully, once we identify a financially viable market entry point, this will lead to either a partnership or spin-off, to work in a commercial setting and achieve that larger-scale operation.

Q:  You’ve been working on solar steam generation for several years now.  How would you describe the advances you’ve made?

Gang:  It’s been a series of small projects, each of which has led to where we are today.  The first work we did was a floating, porous material on the water surface, because the visible sunlight doesn’t get absorbed by water itself.  By floating this porous material on the surface, and then insulating this covered area from the bulk of water in a way that the water is ‘sucked’ under by surface tension, we could create a locally hot region on the surface.  Later, we were able to produce a design so that we could get water to its boiling point without using any optics whatsoever – just using normal sunlight.

In actual fact, my daughter, who was then just 16 years old, played some role in helping us take those first steps.  We found our device was losing lots of heat through convection.  At the time, my daughter was working on a science fair project at school.  She had to make a greenhouse from simple materials – one of which was bubble wrap.  We found it was very effective (she was able to heat it to 160 degrees Fahrenheit!) to wrap the bubble wrap around our device, with the transparent bubbles both allowing sunlight through to the device and providing a trapping effect that kept the heat on the surface of the device.

Ultimately, we ran into some difficulties with the idea, though.  In the porous material, we found cell formation, bio-forming, and particle-forming.  This is where the J-WAFS Solutions funding came in.  It allowed us to really look into how we could explore the application of technology to solve these roadblocks.  That’s where our current ideas evolved from.

Gang:  Yes, this solution could also be used for desalination.  When you super-heat water into steam, the water that condenses from that steam is essentially pure – it doesn’t have the salts and biomass that were there before it was heated.  In fact, the system performance of this latest solution is, in terms of efficiency, very similar to what we had before.  And the advantage of this latest solution is that it avoids the bio-forming problems we encountered in the past.

Q:  Is there scope to develop a dual-use for this solution, with the steam being used to power something – perhaps a turbine – and the resulting condensed water available to local populations in resource-restricted settings?

Gang:  Yes, that’s an excellent point.  We’re looking in our market study to see where we could do this and kill two birds with one stone.  We have to think about lots of things.  For example, we could use it for electricity generation but we need to consider the cost of the turbine.  These are all things we have to spend time evaluating from a market opportunity and economic cost perspective.

Q:  Could you co-locate desalination plants and this technology in some way to generate the power to power the plant?

Gang:  Reverse Osmosis requires lots of energy to create the pressure needed, and I don’t know yet if we can achieve that.  There is certainly the potential to use this technology in desalination, but we need to further our understanding of what’s the right size and location of this approach with our solution, and then compare those costs to reverse osmosis or multi-stage flash distillation – the two main desalination technologies in use today.

Q:  How important was the J-WAFS funding in enabling you to move your work forward?

Gang:  It was extremely important and hugely appreciated.  It is hard to secure real government funding for this type of work, and the J-WAFS funding enabled us to keep the project going and continue to have students working on it.  Without that, our latest idea would never have materialized.  J-WAFS was also very helpful in helping us to think more commercially about our potential markets.  It was very, very, beneficial – so much so that we acknowledged the ongoing J-WAFS contribution in our latest paper, even though that work was done after the J-WAFS funding finished.

Q:  What are your priorities over the next year?  How do you hope to move forward? 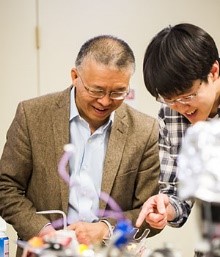 Gang:  We have students interested in seriously evaluating the market opportunities.  Identifying the best market for the technology is now a major priority.  We’re looking for an entry market, so we can translate this technology into a real-world solution.

Our other ambition is more technical and focuses more on how we can improve the efficiency of the system for different applications.

We’re also looking to secure a larger demonstration of the technology to showcase it to potential commercial partners and investors.

Q:  How close are you to being able to take your product to market?

Gang:  Judging timescales is always very difficult in research.  The most important thing for us is making sure we’re comfortable that we’re addressing the right market.  Over the next 12 months, I hope we’ll make some good progress there.